This blog comes courtesy of Miranda Luby from Werribee Open Range Zoo – which just so happens to be Stuck On You’s ‘local’. I know where I’ll be taking the kids these school holidays!

The surprising way zoos are good for your child’s development

Have you ever noticed this thoughtful design decision?

You might think the equipment installed inside zoo enclosures is only for the animals. But it turns out, it’s got something to do with your child’s development, too.

When Victoria’s Werribee Open Range Zoo recently installed new enrichment ropes inside their vervet monkey enclosure, they adapted the children’s play equipment outside the exhibit to look the same, too.

Now, children and monkeys can watch each other interact with the near-identical ropes (both designed by the same playground equipment supplier a_space) just metres away from each other.

The design decision allows children and animals to ‘parallel play’, which is an important stage in a child’s development that helps teach a range of life skills, from empathy to confidence.

Parallel play occurs when children play near each other, but don’t try to influence one another’s behaviour. It is a typical formative stage in a toddler’s development, but beneficial for older children, too.

During parallel play, children are separate but still interested in what others are doing. They learn by observing and imitating each other, discovering how to play successfully by watching and interpreting the successes and failures of others.

Dr Berlinda Yeoh, a paediatrician from Sydney’s Child Development Clinic, says that although parallel play usually referred to children watching other children, the same benefits could be expected when children played alongside smart and social primates on similar equipment.

“This kind of copying and imitating is a huge part of learning and this sounds like a really fun opportunity for kids to understand more about how to play successfully with others,” Dr Yeoh said. “They’re probably learning a lot about climbing and being physical in a group, too.”

Who’s who in the zoo?

Dr Yeoh said pretending to be an animal – as kids often do outside the vervet monkey enclosure – is also a healthy part of a child’s development.

“Role playing or role modelling like this is really great for kids,” she explained. “It teaches them about empathy and is a different way for them to express themselves.”

Research has found a relationship between role playing, or pretend play, and a child developing creativity, understanding others and developing social competence with peers.

These benefits are often a major consideration when designing zoos.

Yvette Finlay, Visitor Engagement Officer at Werribee Open Range Zoo, said encouraging the mirroring of animal and children’s behaviour is replicated across Zoos Victoria’s three properties, near the Orang-utan exhibit at Melbourne Zoo and the koala enclosure at Healesville Sanctuary.

“It’s something we really try to keep in mind when thinking about how kids experience the zoo, and how they interact and learn from the animals,” she said. “They really seem to love it.”

More than the monkeys

Aside from learning the ropes of monkey business, zoos in general are fantastic places for kids to play and learn.

A major UK study (2011) found that zoo visits are an effective way for children to learn about animals, habitat, science and conservation.

Other research suggests that direct interaction with animals can help foster cognitive development, empathy and pro-social behaviours in children.

“Zoos are good for kids,” Dr Yeoh said. “They offer them a lot of opportunities – time to think about animals and the environment, a way to learn empathy through interacting with animals, and a chance to spend time outside with their family.” 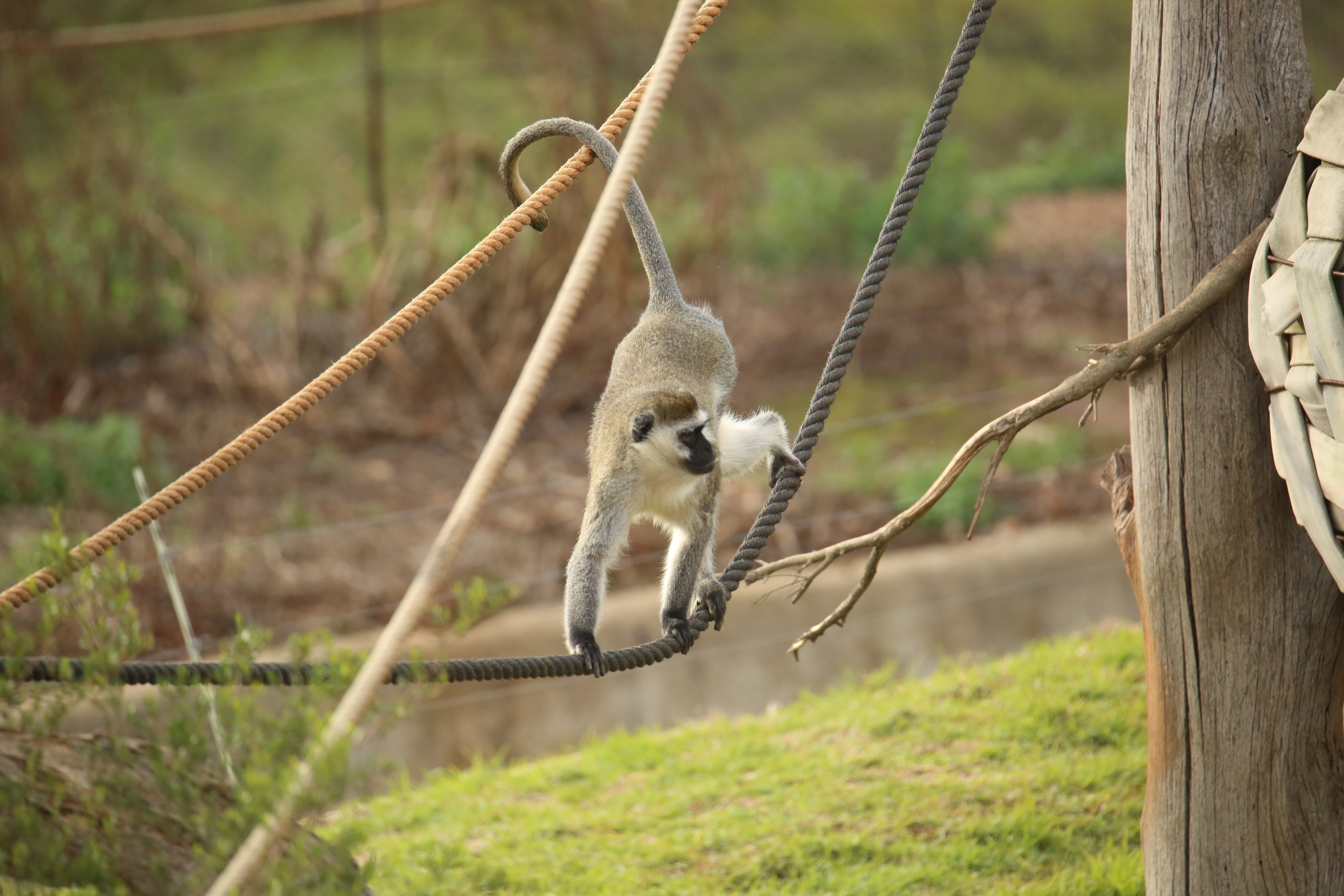