Ever sat down with your kids for a bit of guilt-free TV and thought “Hey, I recognise that voice?” You might be surprised at how some of the stars spend their downtime, with a few of your favourites voicing the characters we all know and (sometimes begrudgingly) love.

I recognised this voice in an instant, and it’s part of the reason I don’t mind cuddling up with my girl when she watches Pocoyo. The other reason I don’t mind is that Pocoyo is adorable. He’s the cheeky toddler dressed in blue who loves to throw parties for his friends Pato the duck, Elly the elephant, Loula the dog and Sleepy Bird. Stephen Fry sounds like he’s pretty fond of Pocoyo too, and it’s really quite cute when he pulls Pocoyo up for being jealous or self-centred. 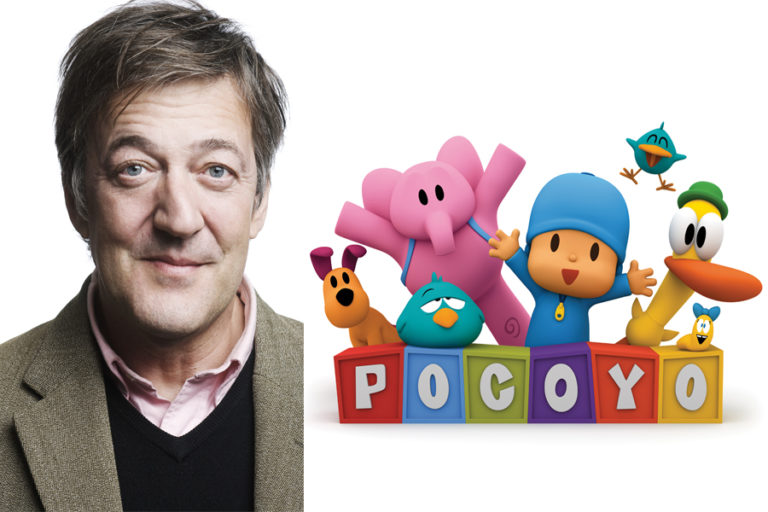 This BBC show was popular in the ’60s and has recently made a comeback, with legendary silly bugger (and my favourite Python) lending his voice talents to the role of narrator. The Clangers are a bit odd, to be honest, so it’s a perfect fit. This family of pink knitted space creatures lives in outer space and they communicate with this odd little whistle. Palin is clearly having a ball, and his sense of humour adds a cheeky wink to each episode. William Shatner has also voiced some of the newer episodes.

Sarah & Duck is one of those quiet, simple little shows that never shouts or preaches. Sarah and her friend Duck live in a little house in a little village and always find themselves on little adventures. Their forgetful friend, Scarf Lady, is voiced by Downton Abbey’s Lesley Nicol (Mrs Patmore the cook) and she has a talking knitting bag and a pet donkey. As you do. 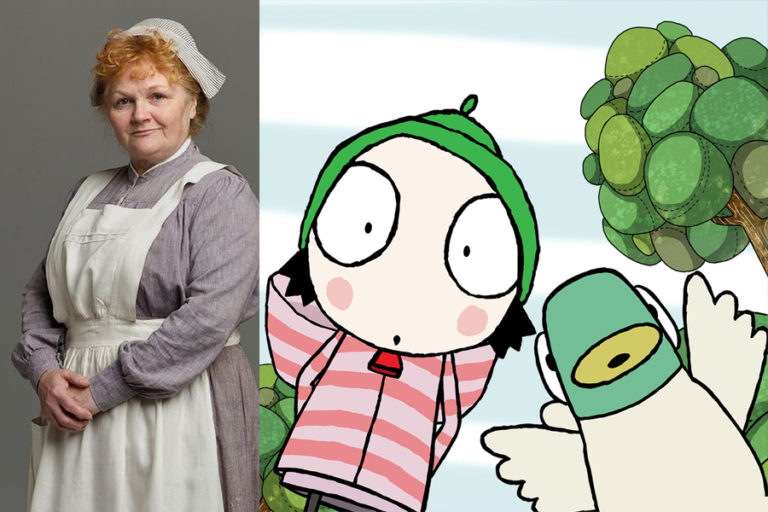 The funnyman actors (best known as Rhodes, the cute police officer from Bridesmaids) lends his lovely Irish lilt to Puffin Rock. It’s a sweet little animated series about a family of puffins who live on a wild and beautiful Irish island. He has just the right mix of gentle humour, curiosity and concern for his little puffin friends as they go about their adventures. 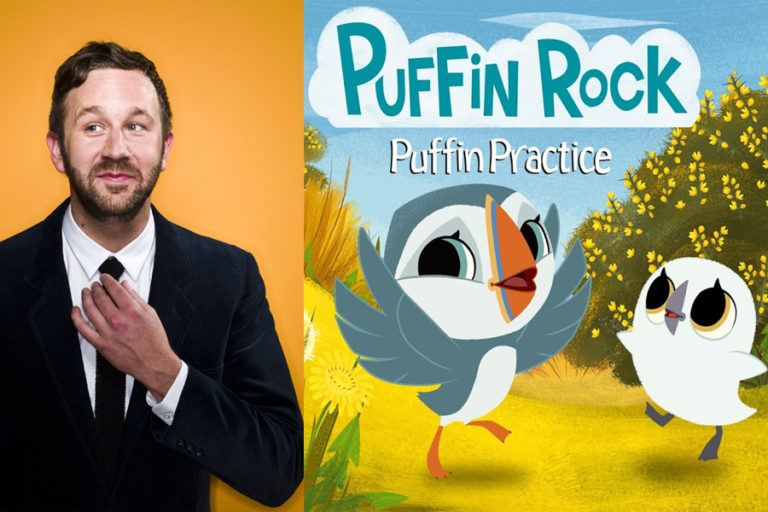