My daughter has been in high school for over a week now. Having only recently recovered from the shock of having to buy lots of things and working out what went where, I now have a bit of time to ponder the differences between primary school (or elementary school), and high school.

Here are some ways that high school is a whole new kettle of fish for parents.

A cool first day of school

Wow. The first day of primary school and the first day of high school could not be more different. The latter was actually a rather dignified affair. No crying, no wetting of pants, and only a bit of clinging (and that was just me). Also, there was no posse of parents, grandparents, siblings, cousins, dogs, neighbourhood postmen and 15 cameras for each child starting school.

In our case, the first day of high school consisted of one parent (me) trailing six feet behind as per the she-child’s orders, trying desperately to take one photo where she didn’t look snarly or mortified.

As our children grow more independent and are increasingly making their own ways to school, there’s less of a drop-off social scene for parents. Similarly, unlike when the kids were younger, you barely need to even know the other parents when dropping your kids off to their friends’ houses.

To be honest, this is somewhat of an equaliser for me because I was always rushing to work and therefore unable to engage in the schoolyard chit-chat sesh. In fact, I barely knew any other parents for ages. More recently, however, I’ve been making parent-friends and realising what I’d been missing all these years. I was rather looking forward to flexing my newfound friend-making skills on the high school playground but alas, it’s not to be. Oh well.

Once I made this happy shift in thinking, I could focus on the positives such as having one less kid to battle with over the car radio stations, one less kid to fight with in the car, some agency on my daughter’s part while preparing for the new school year, and relative independence when it came to doing homework.

Don’t get me wrong, I’ve been bamboozled by my children’s homework from about Grade 2 on. But mostly because it involved lots of fiddly stuff like having to go out and buy multiple things from the shops and then relying on non-existent craft skills to put it all together. Oh and long division.

But now it’s getting hard intellectually.

Case in point. My daughter called me over the other night to help with an algebra question. This was it! My moment to shine! Buoyed by the memory of the mathematics awards I’d received in early high school, I launched into a mumsplanation of the task at hand.

“No Mum, that’s not how you expand a bracket,” she protested.

Err, what? Since when did you have to expand a bracket??

Duly shamed, I muttered something about algebra having changed since 1990 and slunk back to my rightful place – slack-jawed in front of the telly, watching Highway Patrol and not wearing pants.

We can’t help but feel bad for our children’s (sometimes) still-tiny bodies lugging around their weight in school bag.

My daughter has actually had a lot of practice in this, being an avid collector of random rocks which she would store in her school bag and I would later fling into our garden when she wasn’t looking.

So when she returned from her first day of high school, I got stuck into my usual habit of removing said rocks from her very heavy bag. Only.. these weren’t rocks. They were textbooks. Huge, heavy EXPENSIVE textbooks. And a laptop I can’t remember buying. As I swiftly rescued the thick humanities books from the bushes and wiped a bit of cat poo off it, I thanked my lucky stars that it was covered with contact paper.

Which brings me to…

Sure it’s useful. However, for the unpracticed and uncoordinated, contact papering is a tricky, sticky and time-consuming hell.

I’d somehow managed to escape the contact paper thing while my kids were at primary school as it was generally done by the contact paper fairies/teachers. Even if there were books that weren’t covered, at least the stakes were pretty low. 69 cent exercise books are pretty cheap to replace, plus – unless someone’s willing to purchase an A4 ‘art’ book full of squiggles and pages with just a single pink line on it – they have no resale value.

High school is a different story. Contact paper becomes a necessary defence against damage, preserving the usability of the textbooks not just while your kid needs them but also for selling later, so you can recoup some of the costs of next year’s heavier and more expensive books. 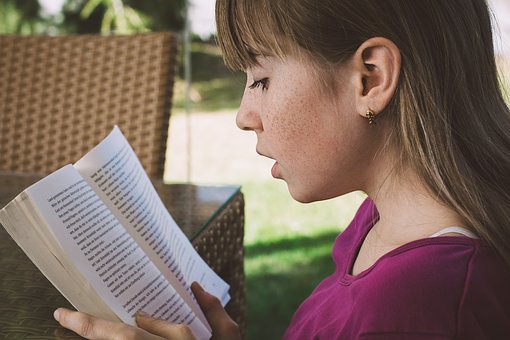 If you’re somewhat of a helicopter parent, you’ll have your work cut out for you as you have to grapple with not only one (plus the principal) but at least seven different teachers at any one time. I’m looking forward to my first high school parent-teacher night and nodding sagely while a teacher whose name I’ve forgotten talks to me about my child’s progress in a subject I’ve also forgotten.

I caught a glimpse of my daughter’s class schedule the other day and was assailed with peculiar symbols such as this:

I paraphrase of course. It could easily have been 7JL*K-19.

Details aside, the point I’m making is that now she’s literally speaking a different language from me. Every time I think I’ve caught up with the hip young-people lingo (FOMO, LOL), here they go moving the goalposts again.

But before you feel too sad and out of the loop, don’t forget that primary school wasn’t all sunshine, lollipops and complete intergenerational understanding either. Who here hasn’t received kindergarten schoolbooks full of equally mysterious etchings such as:

Your own experience of the primary-to-high-school transition might vary from mine, but one of the biggest and expensivest* shocks for me was the sheer multitude of uniform pieces, including some that were dry-clean only.

The good thing though is that at high school, there’s a lot less rough-and-tumble in general. And no tanbark. So there’s a decent chance that that pricey blazer will make it to at least the next month without needing the dry cleaner’s intervention.

*We old folk get to make up cool new words too.

Stuck On You’s range of name labels and other personalised products is so huge and varied that even the most cynical and world-weary tween or teen will find something they like. 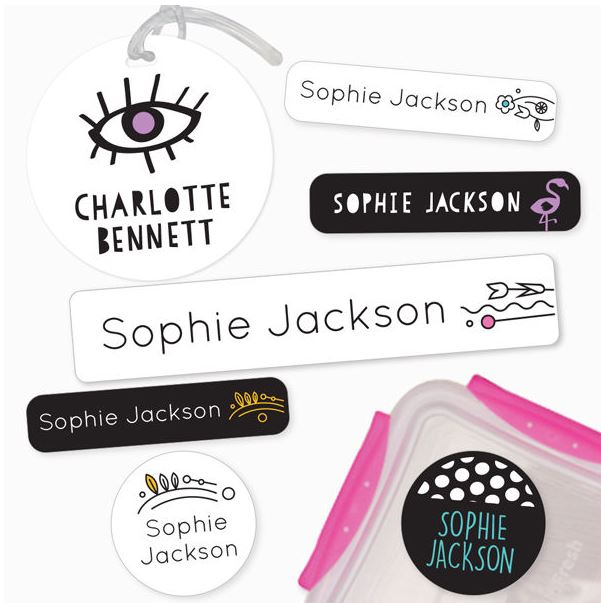 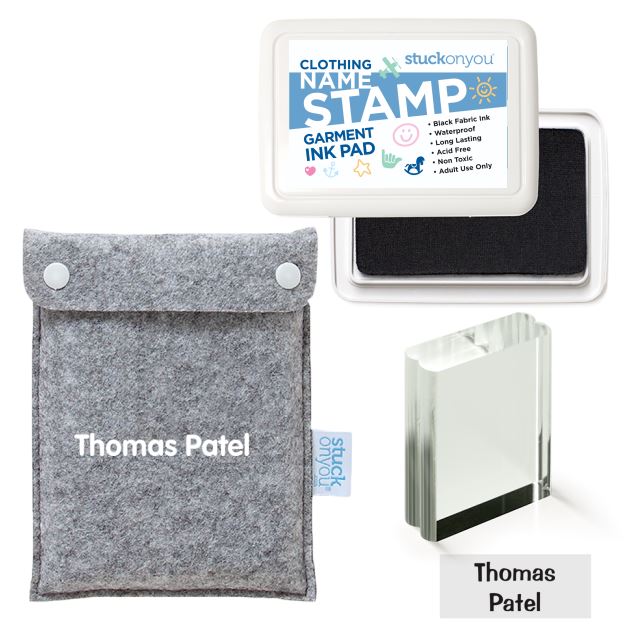