I love music. And I love Christmas. Combine the two and I’m in paradise.

It’s one week till Christmas and Bing, Mariah, Shakin’ and co. are throwing out their good tidings in earnest, inviting me to join in as loudly and tunelessly as possible (don’t worry, general public – this mostly takes place in the car with the windows up).

Even if you don’t share my enthusiasm for Christmas music, it will be your unavoidable soundtrack as you do that panicky last-minute food and gift shopping. But have you ever stopped to wonder about the origins of these Christmas carols? If only to figure out who to travel back in time and ‘take care of’?

Here are the back stories of a selection of Christmas favourites. 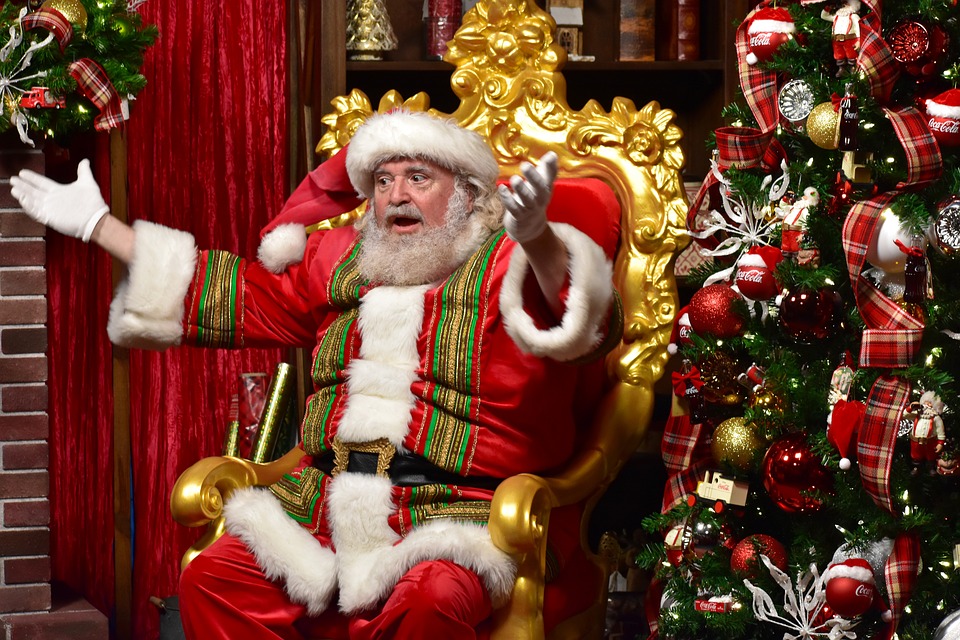 SANTA CLAUS IS COMIN’ TO TOWN

The lyrics of this classic were penned by composer Haven Gillespie when a publisher asked him to write a children’s Christmas song. On the subway ride home from that meeting, Gillespie, who had recently suffered the loss of his brother, started to reflect on his childhood. He recalled his mother telling him that if he didn’t wash behind his ears, she would tell Santa Claus. Fifteen minutes later, Gillespie had the lyrics of the song that was to become a parents’ anthem for bribing good behaviour in their offspring.

This song was written by Anglican priest John Mason Neale and is based on Wenceslaus, the real-life 10th century Duke of Bohemia.

Immediately following his murder, a cult of Wenceslaus sprung up, celebrating his acts of charity. He was posthumously declared king and is now the patron saint of the Czech Republic.

So there you go. Who knew that a dodgy family could help put you on the path to sainthood? The next time you’re forced to endure Uncle Fred’s politically incorrect rantings or Granny’s unsolicited opinions on how you should be bringing up your children, spare a thought for poor (good) King Wenceslaus.

Thomas Oliphant, Queen Victoria’s lyricist, was asked to rework a Welsh winter song “Nos Galan” into a Christmas song that could be sung in English.

The original Welsh lyrics did not refer to Christmas at all, instead speaking of the importance of love and warmth through the cold weather. Check out these rather Mills and Boon-esque lyrics:

“Words of love, and mutual kisses”

Oliphant’s original translations emphasised the importance of merriment during the festive season, with lines such as “Fill the meadcup, drain the barrel”. This has since been replaced by the more family-friendly “Don we now our gay apparel”.

THE TWELVE DAYS OF CHRISTMAS

There’s a theory floating around that this popular carol in fact started as a secret catechism for Catholics in England during the times when Catholicism was persecuted (from Henry VIII to the early 1800s). The song gave parents an opportunity to teach their kids about their faith through the secret code and metaphors contained in the lyrics.

However, it is more than likely that the song was intended simply as a children’s counting and memory game (which btw would probably work well for drunk adults too).

As the anniversary of his baby son’s death, Christmas Day carried a tinge of sadness for composer Irving Berlin. This might explain the melancholy feel of White Christmas. To further add to the melancholy , when singer Bing Crosby made Berlin’s song famous in a 1941 broadcast, it was only 18 days after the Pearl Harbor attack.

Crosby was initially hesitant to perform this song to overseas troops. However, its nostalgic feel resonated so much with the soldiers that they demanded he sing it. It has remained one of the most popular Christmas songs ever since.

When copywriter Robert L. May was asked by his boss to write a children’s Christmas book, he drew upon his own lonely childhood, where the fact that he was skipping grades and younger than his classmates made him an outcast. His use of reindeer characters was inspired by his own daughter’s love for deer.

I was keen to investigate the origins of this song because of a huge revelation I recently had. I’d spent my whole life thinking that this song was about “Mommy” having an affair with a man dressed as Santa. Then someone told me that it was in fact the child’s dad (and Mommy’s husband) who was dressed as the lucky Santa. MIND. BLOWN.

It turns out I’m not the only one with a filthy (and blown) mind. At the time of the song’s release in the early 1950s, some radio stations refused to play it because of the implications of adultery.

Fun fact: There’s a version of the song out there called “I Saw Mommy Screwing Santa Claus.” Now who’s got their mind in the gutter?